Employment Discrimination by Name and a Proposed Remedy

The United States and France have something in common: Employment discrimination based on name alone. In both studies, resumes with equivalent qualifications were submitted for positions.

In the U.S., the study Are Emily and Greg More Employable than Lakisha and Jamal? A Field Experiment on Labor Market Discrimination found that resumes submitted with "White sounding names" are 50% more likely to receive a callback for an interview than "African-American ones".

In France, a study conducted by the Observatoire des Discriminations found that a resume with a "standard French name" produced 140 responses, while the same resume with a North African-sounding name yielded 14 responses.

The U.S. study included employers that advertised being "Equal Opportunity Employers", as well as federal contractors that are subject to affirmative action laws. These employers tended to discriminate more.

Let's not talk about issues of social justice, fairness, burning cars in France, etc. (at least not yet)--let's just talk about profits. If you're a hiring manager in the U.S. or France, it behooves you to take into consideration the above studies. If you don't, then your company will suffer because you may not be hiring the best available talent. And if you're part of a profit-seeking organization, then you're not doing your fiduciary duty for the organization!

When hiring, ask yourself, does the stack of resumes you received for a specific position reflect the diversity of qualified candidates available in the market? If not, then why not? Is there anyway you can reach out to groups that are not reflected in the pool of candidates? Note that this step of the hiring process requires you to be aware of diversity.

Once you have a diverse pool of qualified candidates, then it is the time to become blind to diversity. By blind, I don't mean free to descriminate based on race, color, gender, etc., I mean blind by not discriminating using these factors. Discriminate by asking questions which are pertinent for the position. Why be blind? Because at this point you want to pick the best person for the job.

The above process is not a panacea--some would argue that more (affirmative action, targeted hiring, etc.) or less (freedom to consider or not consider anyone for employment, cost, etc.) should be done. I don't think it's perfect myself. But it is a process that fair-minded liberals and conservatives alike should both be able to agree that the process is, if not ideal, better than the status quo of discrimination by name.

The cost of expanding a qualified pool of candidates is decreasing as free or cheap services such as LinkedIn, openBC, and Yahoo! Groups can enable the hiring manager to expand their reach to potential candidates. These services are not a panacea either, since the population of users of each service may not be as diverse as desired.

And unlike some other byproducts of business which produce private benefits but public costs (e.g. pollution), this process would produce positive byproducts in the U.S. and France. Equal opportunities for employment could certainly do much to further "the pursuit of happiness" and "Liberté, Egalité, and Fraternité".

In a related post on my LinkedIn blog, I propose how job candidates can reduce discrimination by name against them.
Posted by Unknown at 7:08 PM 4 comments: 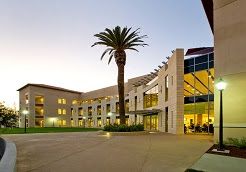